You can find out more about John's Long Straight Walk by clicking here.

During September, John MacPhee will be taking on the challenge of what he has called the Long Straight Walk, to raise awareness of Early Onset Parkinsons (and maybe some cash towards research or care!). John was diagnosed with the condition a couple of years ago in his 40s.

The Long Straight Walk begins in Land's End and finishes in John 0'Groats, in between doing exactly what it say on the tin - taking the most direct route possible from A to B.

One of the day sections goes neatly across Breadalbane, from Crieff to Aberfeldy, around 20 miles of fairly straight up and down.

Tell us about your Rings of Breadalbane. 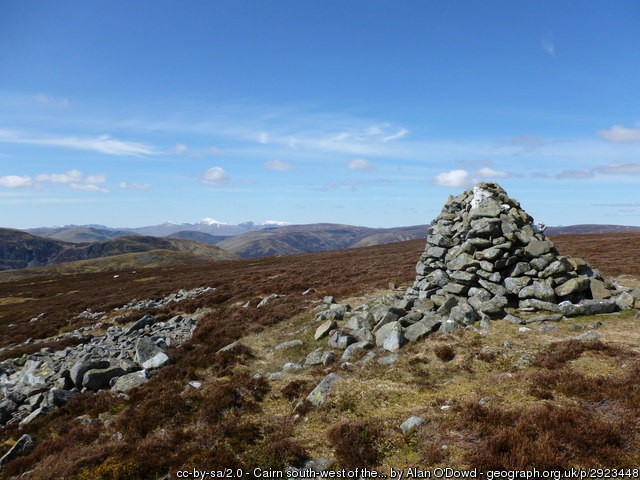 The day begins in Crieff, rising to the east of Loch Turret to the top of Auchnafree Hill (pictured), the highest point of the day.

It then descends into Glen Almond and up again and over to Glen Quaich amd Loch Freuchie, before rising again at the north end of the loch over to Loch Hoil, then following the Moness Burns into Aberfeldy.

The map below is intended for guidance only. You will need a compass and OS Explorer maps 365, 368, 378 and 379. You can zoom in and move the map around to see the route in more detail.
Click here to see a full screen Ordnance Survey map of the route